(ANY COMBINATION OF 3 PERFORMERS, VIDEO & ELECTRONICS)

The second work of the Custom #X series; 5 “DIY” (Do It Yourself) pieces working on the idea of the performer as a customer-user, which are pre-produced by the performers via the recording of several video clips and the massive incorporation of personal data.

The identification of the performer as a “user of the piece” generates a strong starting grammar in which the virtual alter egointeracts with the musicians in a quite diverse form. The instrumental gesture finds an intrinsic parallelism with what happens on the virtual layer, converting the instruments into surfaces (track pads), and the bodies into swaying objects in counterpoint with their own avatars. All this becomes the key to the creation of temporal and spatial paradoxes; impossible relations that are perceived, however, as coherent ones. In the meantime, an excess of simultaneity adds complexity layers to the created situation. On the other hand, the geo-location coordinates and, in general, all the topological personalization process, contributes to create a strangeness in which sound performs the most important role as an axiom between the rest of the elements.

in Custom #2, the performers not only personalize the visual material but also the sound itself coming from their instruments. It is due to a writing system consisting in different noteheads and graphics, which create a “gestural alphabet”. Thus, the score is understood as a frame in which they are completely indexed, following certain “game rules” and finding a scenic and sonorous solution.

The video projection of this piece is personalized by the performers via the recording of several fragments, which are treated and indexed into the final project. The performers’ personal profiles on different social networks also are used as a digital stage. Thus, they fix their identity and the here-and-now of every performance. Together with the score, some instructions and video examples are provided, which have to be followed in the recording. Besides, the team of BELOS Editions will assist them during the whole process, so as to achieve the best outcomes. 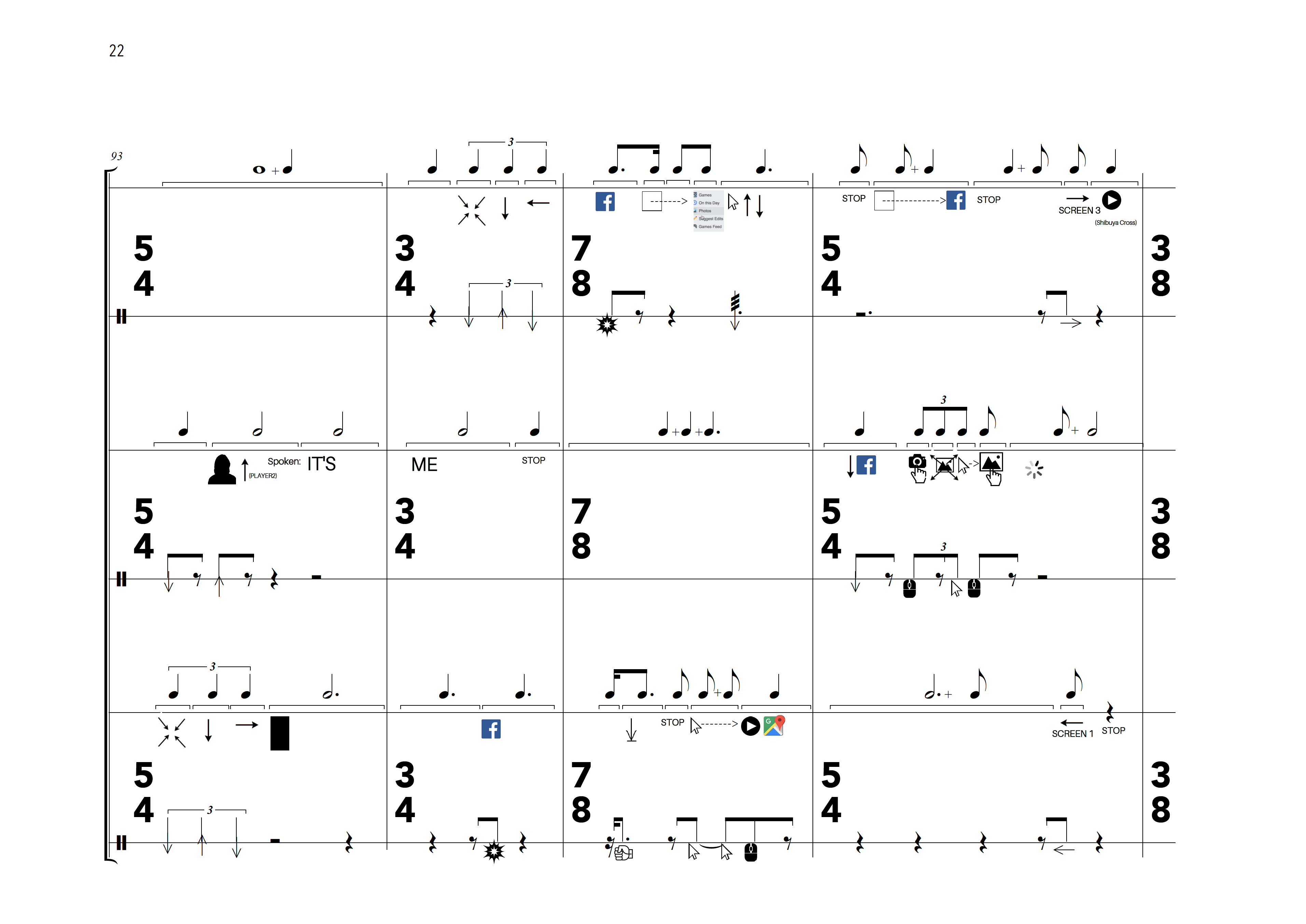