May this work be understood as a radical critic to the classical interpretation of the topic tempus fugit. As it is broadly known, the topic became one of the most popular ones among the artists of the European Renaissance. The ages of woman can be considered as a subtopic framed into the first one, objectifying woman’s body as a surface suffering the passing of time.

Following post-dramatic logics, The ages of woman is an attempt to read what this topic can speak to us, virtually exchanging both, the vibration of sympathy and the opposition. The action goes through a series of situations, moments, which evolve and dissapear together with the identity of the characters.

Visual metaphors of concepts such as the birth, the abort, the search of sexual identity, the abuse and its subsequent social isolation, circumscribe an event in which the line between the individual and the collective is narrow. The text is integrally composed by names, which are pronounced by the 12 singers, whose only mask is a number; an inexorable mark that remains under a surface of continuous mutability.

The play was produced thanks to the 2015 Youth Creation Grants from the Spanish Government’s Youth Institute (INJUVE).

Thus, the scenic action takes place into an unreal environment, where ideas become ephemeral images that connect movement and sound in an intrinsically way. The text is only composed by female names; thus, each part (the piece is divided into 3 movements) is characterized by a certain sound, a certain colour that fills it all. 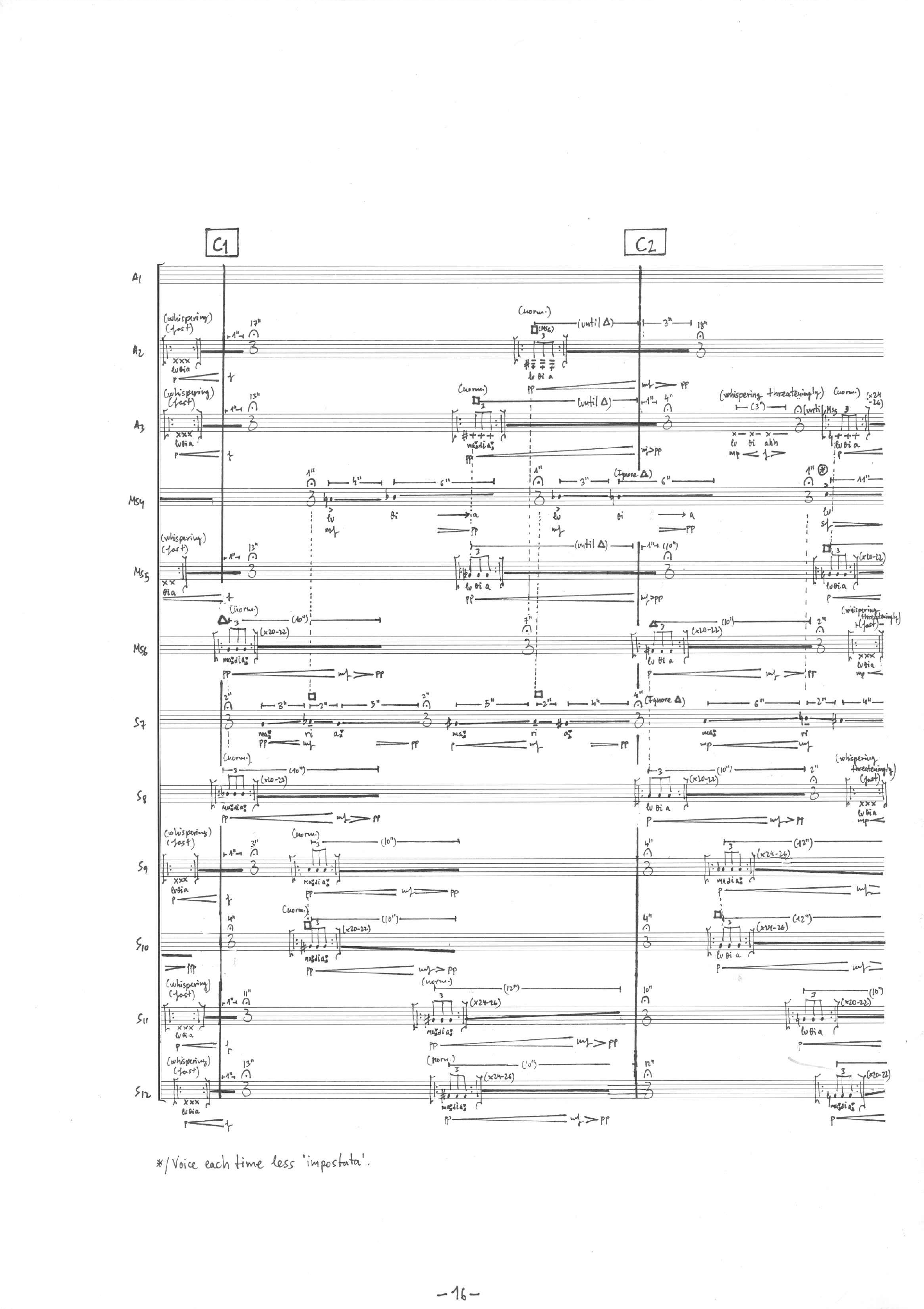