[OST] (Original Soundtrack) is the second piece of the Flat Time Trilogy, a series of three works for solo player with VR glasses and video. From different perspectives, they constitute a question on how our spatiotemporal perception overrides all the dichotomies between the physical and the virtual, constructing a single playing field. Within the entire trilogy, the individual and his/her/their present coordinates (temporality, geolocation, identity) form the core of the situation. Progressively, and through the construction of a massive network of simultaneities and references, memory is neutralised and converted into a pure object.

Strongly inspired by the phenomenon of ASMR (Autonomous Sensory Meridian Response), the relationship between the physical and virtual representations of the performer design a framework for intimacy in which what is said and thought has always been stated beforehand. The virtual self, which must have been designed by the performer her/him/themself during the production of the version, is presented as an indivisible branch of her/his/their body. In the trilogy as a whole, the individual and her/his/their present coordinates (geolocation, identity, the date on which the action takes place) form the centre of the situation created. Progressively, and through the construction of a massive network of simultaneities and references, memory and with it, the logos, manifest themselves only through the delocalised.

[OST] is the result of the collaboration with Spanish artist Belenish Moreno-Gil. The work stages an individual who is characterised by nudity, embodying the impact of a continuously reacting environment. Practically at the same moment the words are articulated, they seem to be deprived of any validity; they lose their capacity to create effective conceptual frames. The liquid property of the entirety converts frame-seeking into a chimera, a consequence of a process in which the individual progressively empties him or herself.

The video projection of this piece is personalized by the performer via the recording of several fragments, which are treated and indexed into the final project. They fix the identity and the here-and-now of every performance. Together with the score, some instructions and video examples are provided to be followed during the recording process, which is assisted by BELOS Editions. 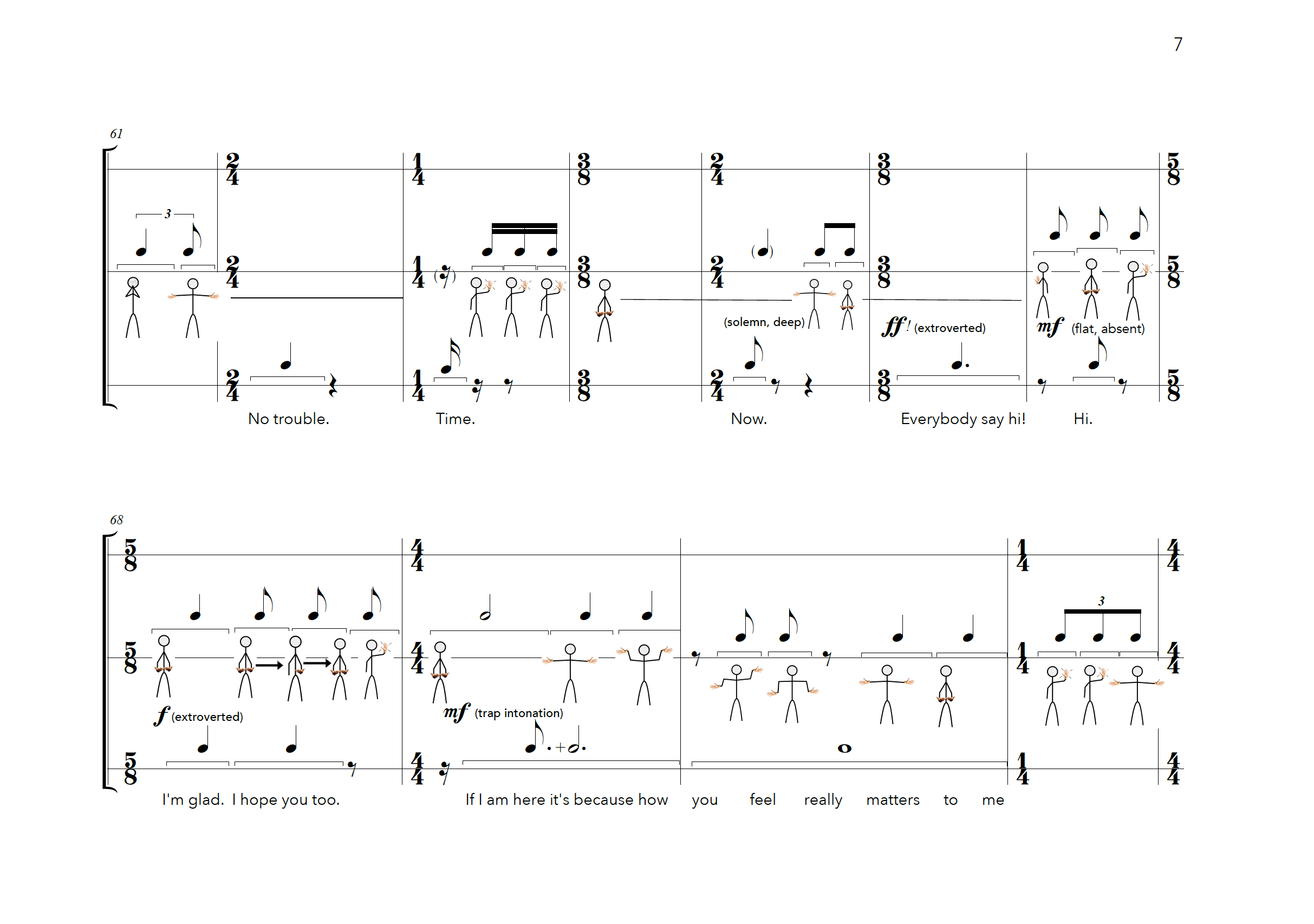